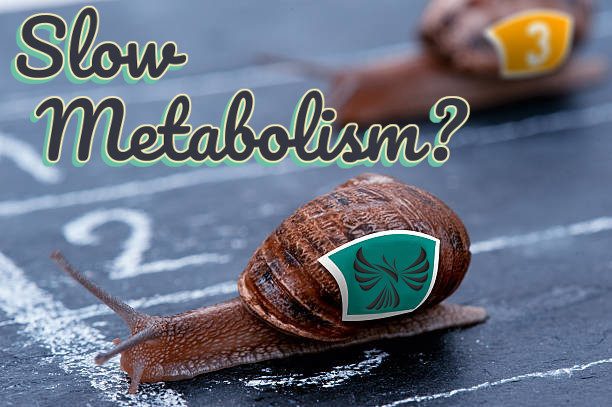 When it comes to our weight, or disappointment in that regard, it is common to blame a slow metabolism. In fact, this could easily be in the top 5 of excuses (lies) we tell ourselves to avoid accepting reality and taking accountability for our current situation. The common thought is that our metabolism slows down as we age, and thus we tend to gain weight the older we get as a consequence.

It turns out that this is an incorrect assumption, and a recent study led by Professor John Speakman provides the science to refute this age old belief.

Metabolism changes with age, just not when you think it does. Energy needs shoot up during the first 12 months of life, such that by their first birthday, a one-year-old burns calories 50% faster for their body size than an adult. After this initial surge in infancy, the data shows that metabolism slows by about 3% each year until we reach our 20s, when it levels off into a new normal.

The researchers discovered that energy expenditures during the middle decades – our 20s, 30s, 40s and 50s — were the most stable. Even during pregnancy, a woman’s calorie needs were no more or less than expected as the baby grows. The data suggest that our metabolisms don’t really start to decline again until after age 60. The slowdown is gradual, only 0.7% a year. But a person in their 90s needs 26% fewer calories each day than someone in midlife. 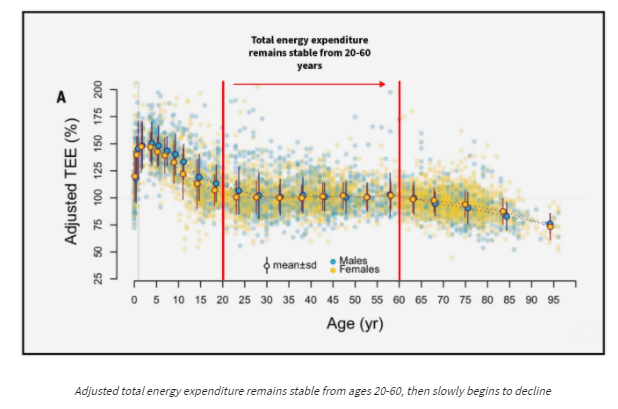 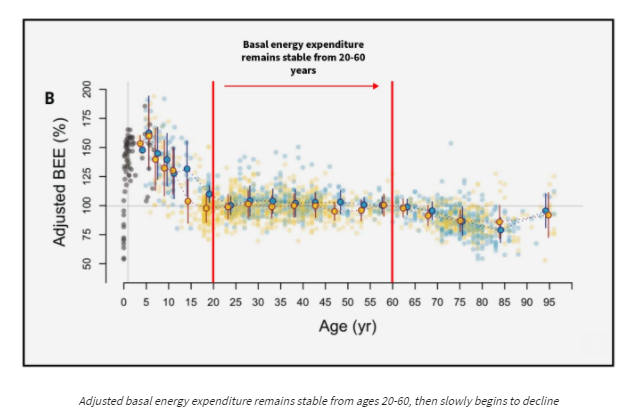 So what could be the cause of weight gain as it relates to aging?

The more muscle you lose, the more your metabolic rate will drop. This is why it is important to include resistance training as a part of your overall wellness regimen to help mitigate loss in lean mass.

Consuming an adequate amount of protein in your daily dietary regiment will not only help stave off losses in lean mass, but will provide the necessary building blocks to put on more lean tissue if you are participating in progressive resistance training. Unfortunately, the standard American diet is sorely lacking in protein and well below baseline needs.

3. Decline in physical activity levels, while energy intake remains the same (or higher)

As we age, life happens and we move around less. Unfortunately, while our physical activity declines, our food intake does not; creating an energy balance that favors weight gain.

Summary: An international team of scientists, including Professor John Speakman from the University of Aberdeen, analyzed the average calories burned by more than 6,600 people ranging from one week old to age 95 as they went about their daily lives in 29 countries worldwide.